This is an annual subscription program with monthly updates. Please be aware this is a digital download product, by signing up you accept our Terms and Conditions. You may cancel the program anytime one day before renewal and still keep the databases.

Download 56 top openings by Opening Master for free and try our chess databases for free. For

This article is the first in a series of articles on chess databases. The author makes no secret of the fact that databases are his hobby and will try to infect others with this passion. The author had an ELO around 2000 and the article is written from the point of view of a player of his strength.

Computers allow us to clearly store a huge amount of information, which has created a different world in some areas. Chess is one such area. In 1948, after Aljechin's death, a tournament for the title of world champion was played with the participation of 5 players - Botvinnik, Keres, Smyslov, Euwe and Reshevsky. Everyone played 6 games with each, the first part of the tournament was played in the Netherlands, the second in Moscow. Euwe later mentioned that he had difficulty crossing the border of the Soviet Union, they discovered his chess files, open analyzes - customs much-described copybooks, and customs officers suspected that it was secret material against Russia. The chess files contained several tens of thousands of games, and it took a while for Euwe to get the copybook back.

Later, the father of the Polgár sisters considered it important to have tournament books from as many tournaments as possible in preparation. Creating and maintaining such a library was certainly laborious and expensive. Let's compare it to today's chess databases, which have about 10 million FIDE human chess games, and it's easy to get them. On top if you are a correspondence chess player of ICCF registered player, we have the biggest 2 million correspondence chess games collection for you. You just download them.

7 best things you can do with the chess database

If we already own a chess database and a graphical interface (great online tool using Opening Master chess database is GCHESS) for playing games, we can:

1. Play games at random whenever you are. Commuting, traveling, in the bus or at home
2. Prepare for the opponent, see what the opponent is playing, where he is making mistakes
3. Practice the chess opening. There are 1327 chess openings. We think you don't know them by heart.
4. Prospect information about the latest tournaments – if the chess database is being updated a player has the latest information available
5. Plan your material for conducting trainings
6. Pick up on the history of chess. Learn from the best world chess masters.
7. Pore over the chess book and play the game mentioned in the book on a computer

In this first post we will point out one peculiarity - the books are written about important players, strong tournaments, or some part of the game, e.g., the middle game and the games listed in them are games played by "experts". In chess databases you will also find weak tournaments, games of average registered FIDE or ICCF players. In strong player games, many things are hidden behind the curtain, the opponent sees the threats and pairs them, the players do not make mistakes that can be easily exploited. The situation is different for players with ELO until 2000, many games are "more colorful" errors, there are more of them, and we see them. These are the mistakes that we also make.

It's the same with the chess opening games. Long forced variants have no meaning to learn, the opponent inadvertently turns much earlier, the novelties in the openings played in the last tournament are irrelevant. The database will show us the possibilities and plans of individual parties in which variant, the wrong moves that are punished and gives a rough answer to the question of whether the given variant is healthy. We get a feel for healthy pawn structures or when to change figures.

Finally, one more note J. In 1952, J. Hannak wrote a nice book about the second world champion, Emanuel Lasker (1). He knew that Einstein knew Lasker that they talked a lot, so he asked Einstein to write a preface to the book. Einstein did so and writes in his preface, among other things: "I am no chess player myself, so I am not in a position to admire his mental powers in the sphere of his greatest intellectual achievements; indeed I have to confess that I have always disliked the fierce competitive spirit embodied in that highly intellectual game."

Playing and replaying games has one advantage (in the spirit of Einstein, but not in the spirit of an aspiring player), you do not want to beat someone, but you are fascinated by chess, tragedy or beauty on the board. 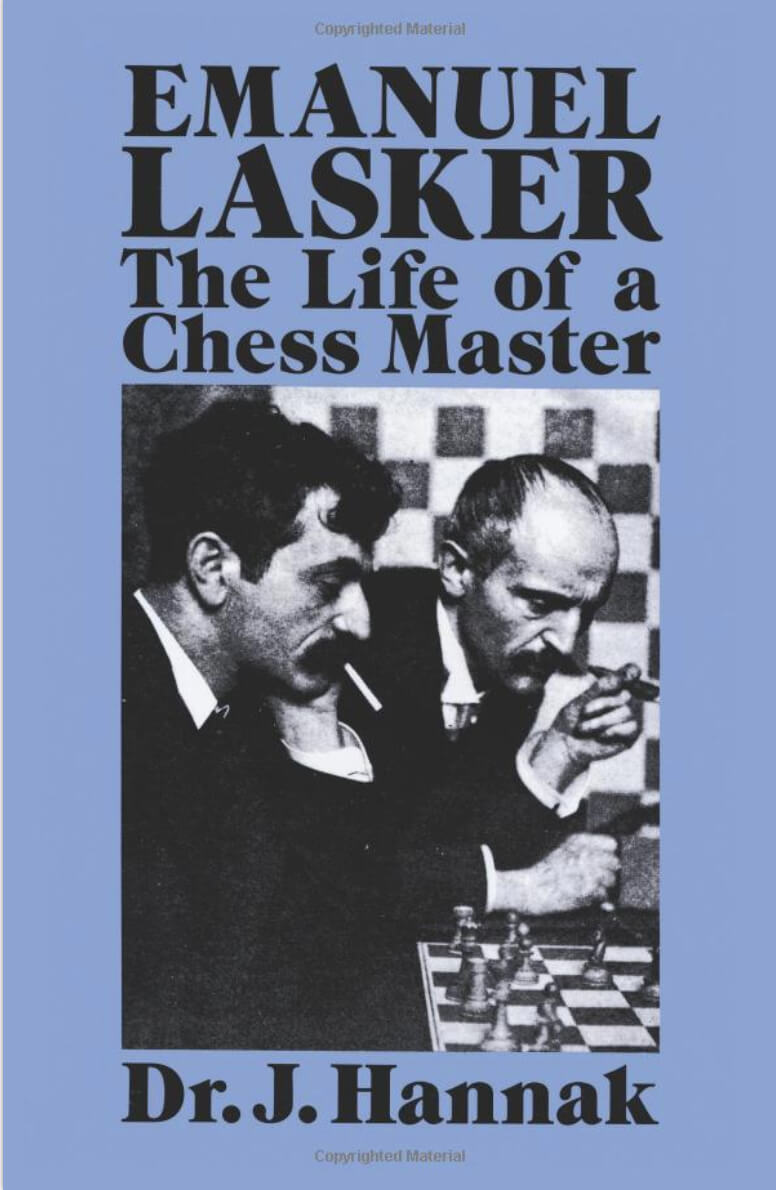 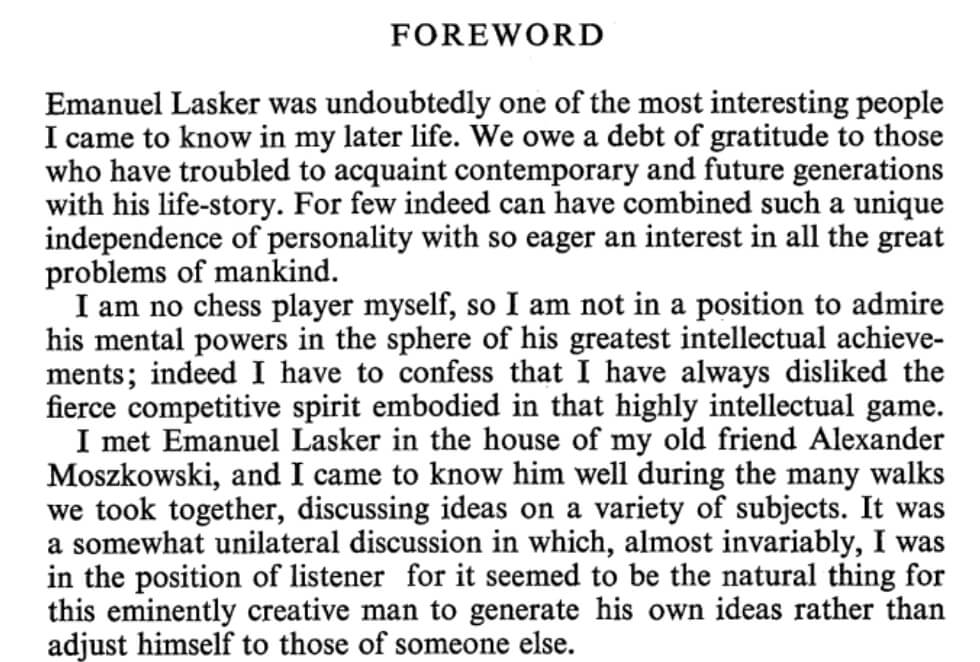